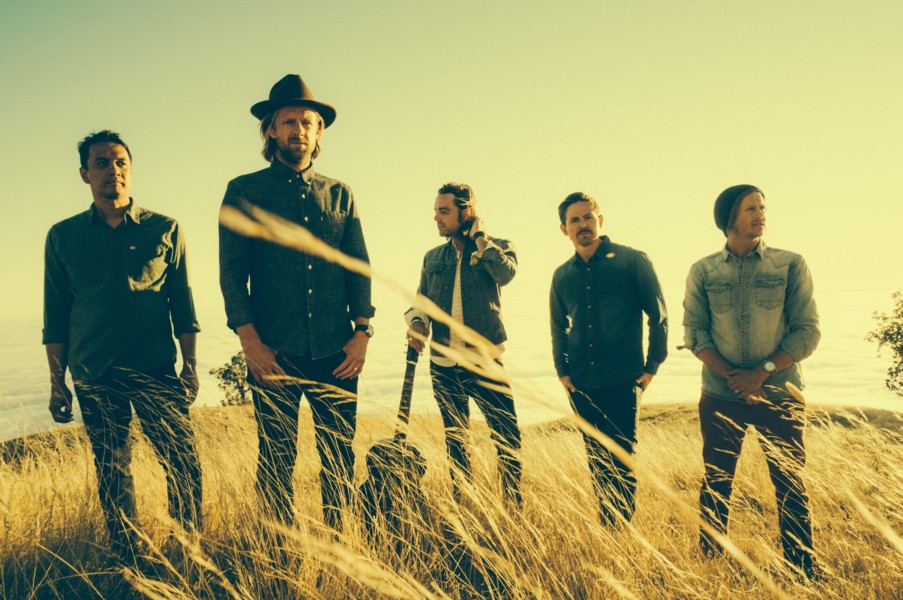 According to Neilsen BDS, “Love Alone Is Worth The Fight” Is The ONLY Song In The History Of The Christian Hot AC/CHR Chart To Have Every Reporter Playing The Single In Its Debut Week

Grammy-award winning rock band Switchfoot released the first single, “Love Alone Is Worth The Fight,” from their highly anticipated album, Fading West, set to release Jan. 14, 2014 on Atlantic Records/Word. The reception of the single is being overwhelmingly supported at radio, with every Billboard Christian Hot AC/CHR reporting station playing the single in its debut week, marking the only time this has happened since the chart launched in 2006. The song also claims the highest ever debut position (No. 34) for Switchfoot on the National Christian Audience (NCA) chart and the second highest debut chart position (No. 19) out of the band’s 17 Hot AC/CHR singles (“Stars” debuted at No. 18 in 2005).

Further receiving Most Added status on the at NCA, AC Monitored, AC Indicator and Hot AC/CHR charts, with Highest Spin and Audience Increases at NCA and Hot AC/CHR, the song is also available now on the band’s three-song digital Fading West EP which released Sept. 17.

In addition to the single, the EP features two more tracks from the upcoming full-length album, Fading West, including “Who We Are” and “Ba55.” A special physical edition of the EP will be available only on Switchfoot’s fall tour and will feature “Fading West,” a bonus track that will not be included on the full album.

Switchfoot’s 43-city fall tour that began Sept. 20 is seeing capacity crowds as it continues to traverse the nation before wrapping up Nov. 24 in Abilene, TX. (See remaining tour dates below). During the events, fans will have the unique opportunity to screen the band’s new feature film, “Fading West”, which is serving as the opening act of the show. Following the tour, the film will release December 10 across all cable and broadband-based VOD platforms, including iTunes®. Part rock documentary, part surf film and part travelogue, “Fading West” offers rare glimpses into the longtime surfers on their boards and in the waves, captures the frenetic energy of their live shows and portrays a journey both epic and intimate. The trailer for “Fading West” can be seen here and the music video for “Love Alone Is Worth The Fight” can be seen below…

ABOUT SWITCHFOOT:
Switchfoot has sold millions of copies worldwide of their eight studio albums (including their 2003 double-platinum breakthrough The Beautiful Letdown and 2009’s Grammy Award-winning Hello Hurricane), racked up a string of Alternative radio hit singles (“Meant to Live,” “Dare You To Move,” “Mess of Me,” “The Sound (John M. Perkins’ Blues),” “Dark Horses” and “Afterlife”), performed sold-out world tours (visiting five continents in the past year alone), raised hundreds of thousands of dollars to aid homeless kids in their community through their own Bro-Am Foundation, and earned themselves a global fan base devoted to Switchfoot’s emotionally intelligent and uplifting brand of alternative rock.