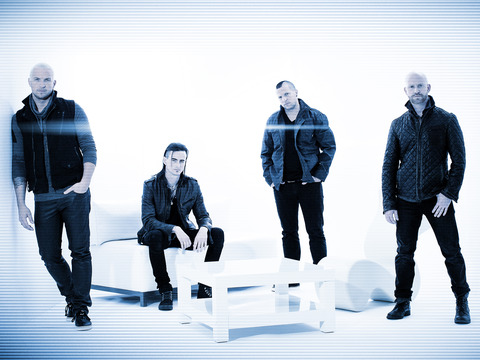 “Die For You” Hits No. 1 at Christian Rock, Now Going For Adds at Active Rock Radio.


GRAMMY-nominated rock band RED launches its fall 2013 “Self Inflicted Tour” to 20 U.S. cities this week, following up the domestic run with an 18-city jaunt throughout Europe beginning early November. In conjunction with the tour, RED’s No. 1 Christian radio hit, “Die For You,” is now going for adds at Active Rock radio. The band’s music is also being featured on the popular “Pinball Rocks” app for iOS and Android.

This year, RED is offering fans the option of a VIP upgrade with their ticket purchase. These exclusive, limited passes will provide access to a tour bus meet & greet with the band, one-song acoustic performance, signed poster and a limited edition commemorative laminate. Additional tour promotions include a merchandise sale, this week only, to help kick off the event, while RED’s latest project, Release the Panic (2/5/13), will be made available at $6.99 on Google Play for two weeks, starting Oct. 15.

And due to popular demand, RED will again take its show overseas to destinations in Russia, Italy, Switzerland, Germany, Austria, Czech Republic, Netherlands, France and the UK, among other countries. RED’s Randy Armstrong comments, “We’re excited to hit the road harder than we ever have in our career. From California to Russia and everywhere in between!”

Besides a demanding tour schedule, which has seen attendance exceeding 650,000 in 2013 alone, the band continues to garner unique opportunities for massive exposure. Its latest high profile platform is the “Pinball Rocks” game app for iOS and Android. RED’s song “Perfect Life” was initially featured in the game, which has more than 1.6 million downloads. In related news, Modern Drummer magazine selected RED drummer Joe Rickard for its July 2013 featured drummer story.

*all dates subject to change