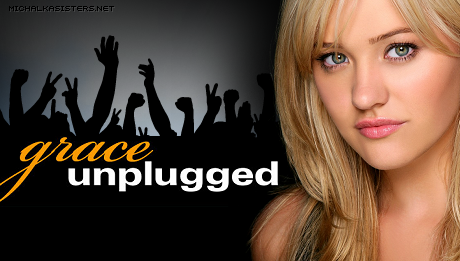 On Thursday night in Franklin, Tenn., an exclusive screening was held of “Grace Unplugged,” the newest movie from Lionsgate Entertainment starring AJ Michalka. “Grace Unplugged” opened on Friday on over 500 screens nationwide and follows the unexpected story of what happens when a young girl leaves home in order to chase her dreams. To view the official movie trailer, please click here.

Among the special guests at Thursday’s screening were AJ Michalka, Colton Dixon and Luminate, who all appear on the movie’s original soundtrack available now on Capitol CMG (track listing below), as well as Writer and Director Brad J. Silverman and Executive Producers Mark Burg and Jason Constantine. The soundtrack features the music heard throughout the movie, including three brand new recordings from Michalka (“Grace Trey”), such as the key song “All I’ve Ever Needed,” which hit No. 1 on iTunes’ Christian Chart its first week out. Additionally, the soundtrack features songs from TobyMac, Chris Tomlin, Jamie Grace (who plays “Rachel”), Colton Dixon, Luminate, Josh Wilson, Shawn McDonald and Nine Lashes.

ABOUT THE MOVIE “GRACE Unplugged”:
Grace Trey (AJ Michalka) has just turned 18 and aspires to do more than sing in her church’s worship band, which is led by her father, Johnny Trey (James Denton), a one-time pop star who gave up his life in secular music when he became a Christian. Grace longs to escape his shadow and make a name for herself singing songs about something other than God, but Johnny warns her that fame is not as glamorous as it looks and reminds her that serving and worshipping God with the talent she’s been given is a far more worthwhile goal.

When Johnny’s former manager, Frank “Mossy” Mostin (Kevin Pollak), shows up 20 years after the two parted ways to offer him another shot at the big time, Johnny declines the opportunity. But Grace takes it – without telling her parents. She records a cover version of her father’s old Top 10 hit, runs away to Los Angeles and, under Mossy’s guidance, begins to taste the kind of success she’s always dreamed of. But with each rung of the ladder she climbs, Grace feels pressure to compromise her Christian values and learns not everyone who says they’re on her side really is. The one exception is Quentin (Michael Welch), an intern at her record company and a fellow Christian who urges Grace to reassess her choices and put God first again in her life. Will everything she experiences lead her to reject her faith … or rediscover it?