Veteran worship leader and songwriter, Matt Redman, released his ninth album yesterday, entitled, Your Grace Finds Me. The official description of the album says, “It includes anthems of battle and blessing, the wide and wonderful spectrum of God’s grace and, most importantly, [is] full of the life and name of Jesus.”

Says Redman about the process of writing songs for the album, “There’s a little bit of sweat and even some tears or something…you know, just fighting hard to make these songs happen.” When Redman speaks about the album, he is quick to point out that it’s not all him. He gives credit to the “huge team” of gifted people involved, which includes writers, recording engineers, mixers, and his band. He says, “There [are] other people’s fingerprints all over this thing, and I know that these songs couldn’t have gotten to this place–there’s no way it could’ve been written or arranged or lead in this way–sounding this way at the end of the process–without that team. I love that! I think God loves teams. I love being part of a team.”

In describing the first single and title song off the album, “Your Grace Finds Me”, Redman says it’s “a song that’s attempting to describe the grace of God that we find normally in different scenarios of our life–His utterly constant, helpful, present grace that’s in our lives.” Redman goes on to describe how God’s grace always finds us, no matter what circumstance we’re going through. Says Redman, “God I’m breathing out Your praise, ‘cause Your grace finds me.” 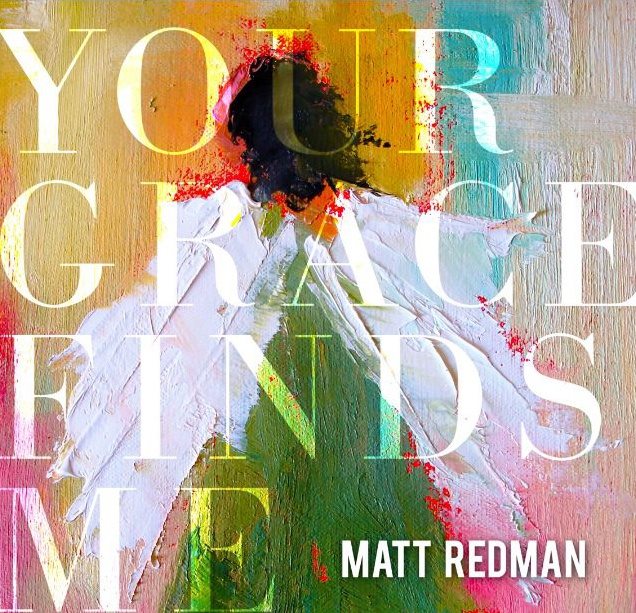 In hearing Redman speak about the project, it’s easy to catch his enthusiasm and excitement. He says, “I hope it’s going to speak into the lives of people who really don’t know a whole lot about Christ.”

You can buy the CD from Amazon or download the album on iTunes. The album is also available via many other fine retailers. You can watch Matt discussing his new album here and you can view the album sampler below…