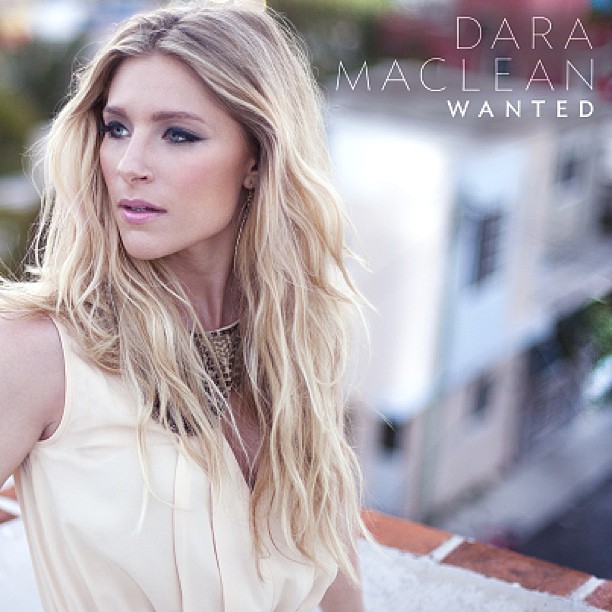 Dara Maclean Wants You to Know That You Are “Wanted”

Dara Maclean released her sophomore effort, Wanted, yesterday. Maclean’s fans have been eagerly awaiting this album ever since her 2011 debut, You Got My Attention, entered the iTunes Christian & Gospel Albums chart at number one. That same year, iTunes also included Maclean on their list of “New Artists to Watch.”

Maclean, who describes her style as “acoustic soul,” credits diverse influences for her earthy style, ranging from Lauryn Hill to Hillsong. She co-wrote all of the songs on the 12-track offering, along with the collaboration of highly pedigreed songwriters Jason Ingram (Brandon Heath, Bebo Norman), Dave Barnes (Blake Shelton, Bebo Norman), Cindy Morgan (Amy Grant, Mark Schultz), and Paul Mabury, who also wore the producer’s hat.

Maclean, an ardent advocate in the fight against human trafficking, dedicates this album to that cause. She says, “This album is for those broken, the lost, and the ones in need of rescue…This record is my mouthpiece to raise the volume of the already screaming heartbeat of the Father, crying ‘Set My People Free.”

The album’s title track, “Wanted,” is also its first single, and Maclean considers it “the heartbeat of the album.” It’s unclear where the accompanying video (below) was shot, but it features an elegantly dressed and perfectly made up Maclean amongst a group of Latino ghetto children, an odd contrast to say the least. Still, the video does a good job at illustrating the meaning of the song, that, from the time that God created us, He knew our names and wanted us; that no matter what we’ve done in our lives, He stands with open arms offering us grace. Says Maclean, “Everyone regardless of age or demographic, longs to know they are loved, cherished valued, worth fighting for.” We are all wanted by Him.

You can purchase “Wanted” on Dara Maclean’s website or download it on iTunes and other fine online retailers.