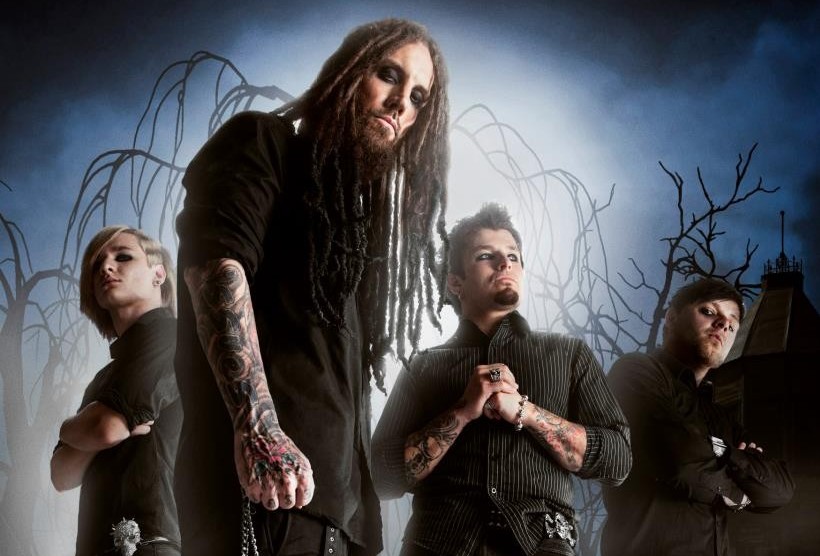 Since releasing their debut full-length studio album, Between Here & Lost, at the beginning of this year, nu metal foursome Love & Death have been extremely busy. Not only have they toured constantly and filmed a couple of music videos, but the band also somehow found time to make it back into the studio to record a blistering new single. “Empty” is a bonus track on the reissue of Between Here & Lost, which hit shelves everywhere in stores and online last Tuesday. Although the reissue officially has three bonus tracks in addition to the original eleven, “Empty” is the only new song. The other two tracks are Jasen Rauch’s remixes of the two singles from the album, “The Abandoning” and “Meltdown,” the latter of which the band recently released a music video for.

“Empty” has the signature Love & Death sound, with down-tuned guitars, groovy rhythms, and soaring melodies. The only difference is that guitarist J.r. Bareis, who helped write the song, contributes on vocals for the first time, and the back-and-forth between him and Brian “Head” Welch really adds to the overall atmosphere. The only question remaining is whether J.r.’s voice fits with the music, and it’s hard to determine this after just one single to go by but the signs are good and, ultimately, only time will tell. If you haven’t picked up Between Here & Lost yet, do yourself a favor and grab the reissue, packed with twelve solid tunes and two remixes. You can snag it from iTunes, Amazon, and other fine retailers. The quartet are touring with Asking Alexandria this fall in joint support for Head’s other band Korn, whose new album, The Paradigm Shift, releases in just a couple of weeks.

You can stay up to date with Love & Death on their Facebook page and by following them on Twitter (@LoveDeathMusic).