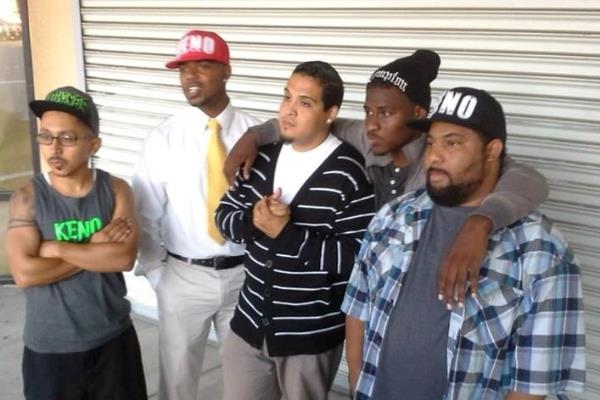 Earlier today Nashville-based Trendency Records announced the signing of gospel rap group Keno Camp to a label and distribution deal. The group is slated to release its album Riot in early 2014. The first single, “We Here,” will be releasing October 15th of this year.

Keno Camp is a rising young gospel group based out of Compton, California, the city that notoriously gave birth to “gangsta” rap. The die-hard believers fuse the word of God with hip-hop and use it as a vehicle for urban evangelism. The current lineup includes Mario “Escort” Herrera, Gabriel “Gabe” Taylor, and Jesus “Chuy” Herrera, and features guest emcees Terrell “T” Sales and Ronald “Moonie” Robinson throughout the album. Trendency Records President David C. Coleman states, “We’re pleased to announce the addition of Keno Camp to our roster. We first heard of the group through The Gospel Gangstaz and were impressed by what we heard.” He continues, “We’re looking forward to engaging the developmental process and helping the group expand their fan base. We believe they have what it takes to become a major force in gospel rap.” Keno Camp manager Bill Wilson weighs in on the recent signing by stating, “Who would have ever thought a gospel rap group from the city of Compton, California would ever have the opportunity to sign with and work with such a company but, with God, all things are possible.”

Since the inception of the group, Keno Camp has been on fire, mainly touring throughout California, Texas, Colorado and Arizona. The group has linked up on the road with Trendency Records label mates Gospel Gangstaz as well as other gospel rap heavyweights including K-Drama, R-Swift and Young Chosen. Keep an eye out for Keno Camp as they continue to spiral outward from their home location. They will continue to tour extensively with The Gospel Gangstaz in coming months.