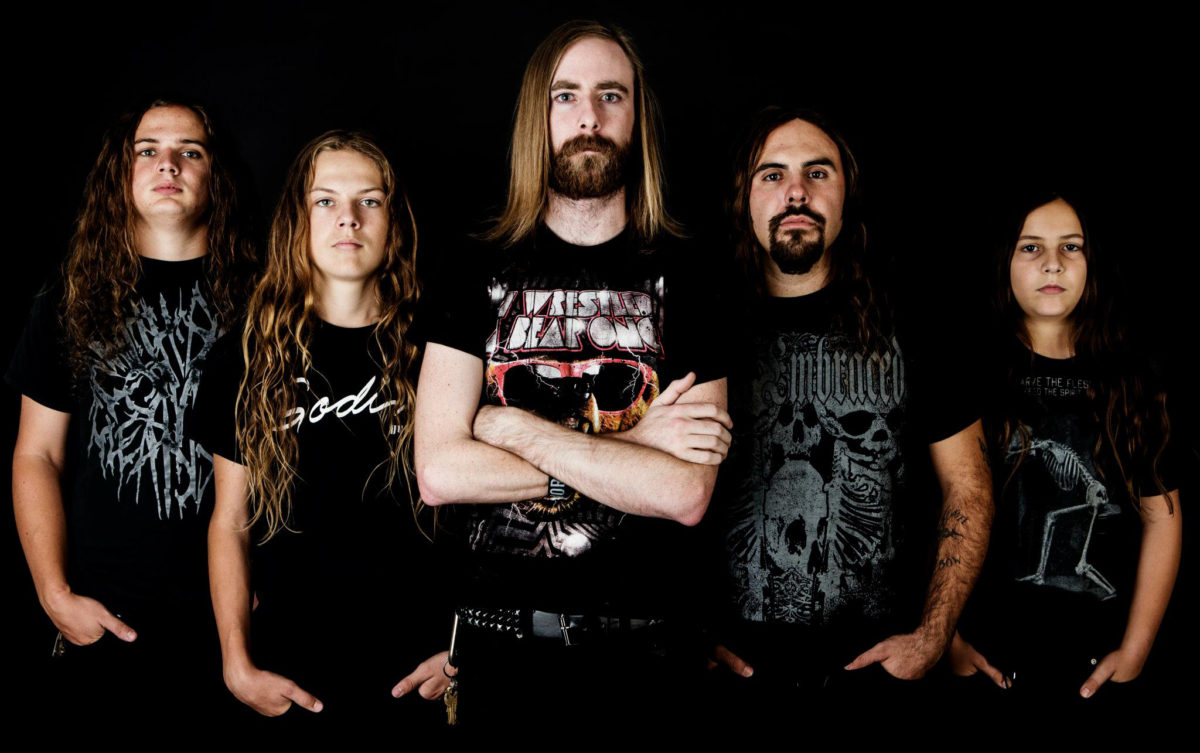 Twenty Questions with Every Knee Shall Bow

We recently sat down with Christian metal band Every Knee Shall Bow to discuss their most recent release, Slayers of Eden which released March 12th on Rottweiler Records. The album has been received very well by the media and fans alike. Secular online music portal New Transcendence states “…(faith) is the driving force behind an album that comprehensively displays brilliantly constructed mastery of everything from technical and melodic death metal to hard-hitting beat down. On the other, it is the force which results in an equal amount of destruction—the destruction of barriers and borders between the genres the band combines into a unique and immersive sound, and the barriers which stand between religiously inspired faith and devotion and crushing, bone-splitting brutality.” Four of the five band members are brothers ranging in age from 14 to 27. The vocalist and only non-sibling, Chris Hull, is 25.

JesusWired: Guys, thanks for taking the time to sit down with us and let us know more about yourselves, the band and your faith in Christ. We hope this interview opens the eyes of some in the Christian community who tend to be skeptical of Christian music that leans toward the heavy side. At JesusWired, we realize what you’re doing is missionary work. My contention has always been that it’s not about the style of music but, rather, the heart of the individuals behind the music. Worship is not a song; not a style. It’s a frame of mind and a condition of the heart. We want to reveal the hearts of the men behind the “scary music.”

Please introduce yourselves and tell me what you do in the band.

JesusWired: How did you guys end up coming together as a band?

JesusWired: Where are you based out of?

JesusWired: What’s the story behind the Wibbelsman brothers and how did they get so good at such a young age?

JesusWired: What is the concept behind the name of your new album, Slayers of Eden? What does that mean?

JesusWired: What’s your favorite track on the album?

JesusWired: Who produced the album and what was the experience like?

JesusWired: When fans come to an Every Knee Shall Bow show, are they going to hear the same technical mastery evidenced on the album or was a lot of cleanup necessary to make the album sound really polished?

JesusWired: What’s the biggest show you have played so far and how did it go?

JesusWired: What’s the worst experience you ever had while out touring with the band?

JesusWired: I hear you might be headed to Mexico City in September. Tell me about that.

JesusWired: When you’re out there on the road, do you have a methodology behind connecting with people in order to share the message of Christ?

JesusWired: If you could assemble your own “dream tour,” what bands would you choose to tour with and why?

JesusWired: What’s your favorite band of all time?

JesusWired: What is currently on repeat in your iPod?

JesusWired: What does it mean to you to be a Christian?

JesusWired: Do you have a “life verse” and, if so, what is it?

JesusWired: What are your hopes for the future regarding Every Knee Shall Bow?

JesusWired: Where do you see yourself in twenty years?

JesusWired: Once again, thanks for taking the time to answer these questions. May God bless your efforts as you seek to glorify Him through your music and use you collectively and individually to affect the lives of those who might never have the chance to hear about the love of Christ through any other means. You are, indeed, shining light in the dark recesses of our world.

Interview conducted by David Coleman on behalf of JesusWired.com