I recently heard about a devastating disaster. You won’t read about it in your news feed on Facebook; this sort of crisis won’t trend on twitter, so you probably don’t even know about it.

This disaster happened in a city in Alabama. A benefit concert was put on for two young boys who suffer from Type 1 Diabetes. The benefit committee’s goal was to raise $18,000 for 2 Diabetic Alert Dogs (D.A.D.s) for these sick children. Diabetes is a tough disease to live with, especially for a 2 and 9 year-old boy. I’ve lived it; I know. Without these dogs, these children are constantly at risk for undetected extreme sugar highs and lows that could cause brain damage or even be fatal. D.A.D.s can give children with diabetes the life they deserve; a life that is lived to its fullest with a dog who can help them better control and respond to the struggles of their disease.

The Breaking Boundaries Foundation organized this event with an open invitation to the Christian Community. They brought in two excellent Christian bands, made it free to the public, provided flyers, posters, and promotional materials to every church and Christian group in their area; sparing no expense to be sure everyone knew about the event. Surely this Christian community would come out in force to support these children and make the event a huge success.

After many months of planning and preparation, date finally arrived. The doors opened at 6:30pm, the pizza was hot, the raffles were set up, the bands had completed their sound checks and were ready to take the stage; the committee and families of the children were eager with anticipation. They believed in the churches they had sent the flyers to. Most likely they were making guesses at how much money they were going to raise on this magnificent evening.

By the time the first band took the stage, only two people had shown up, 2! I can guarantee this community has spent thousands of dollars on overseas mission trips and sponsorships of children in Third World Countries; but when it came to their own children, they didn’t care enough to come. Where was Christ in that Christian Community on that evening?

I know we all get caught up with our day-to-day activities. Things come up, we get busy; but what if these were your children? Would “The Voice” take precedence over a well thought out fundraiser? Probably not!

This is where I’m taking a stand. This Thursday, July 18th at 8pm Eastern, I am going to play a benefit concert for these boys online at www.younow.com (because let’s be honest, nobody wants to get off their sorry butts to do anything these days), and my goal is to raise enough money so both of them can get their D.A.D.s; They deserve it! 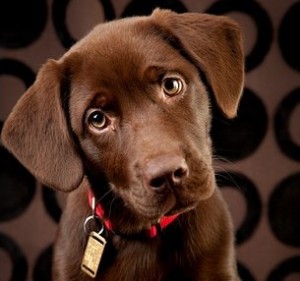 The Jason Dunn Diabetes Foundation has started a campaign called “Dollars for Dogs”. All we ask is $1 from every person in America who is as horrified by the lack of compassion and interest shown to these children as we are.

After this heartbreaking event, these children and their families have started to lose faith in humanity, as have I. Let’s shake things up and be the people we claim to be; let’s put Christ back into our Christian Communities and be the hands and feet of our Savior. Please help make a difference; visit the JDDF website at www.jasondunnfoundation.com, attend this online event, and make your donation today.

Getting off my Soapbox,
Jason Dunn