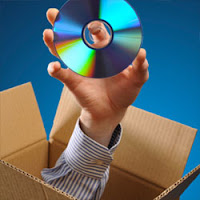 So what is the best course of action for independent artists to take going forward? It depends on who you ask. Now that we’ve explored distribution, major label deals and the like over the course of the last three installments of the series, I’ll offer my vision of the future for success as an independent artist or label.

The stark reality is that success normally doesn’t just happen by accident. Success is usually planned and almost always earned. In “The 7 Habits of Highly Effective People” by Stephen R. Covey, the author stresses the premise that long-term success is a fruit which springs forth from good character – a collection of habits formed by the intersection of knowledge, skill and desire. Individually as independents, we must pursue knowledge and the level of skill relative to our craft if we wish to succeed. This is where desire, the third element of character, comes into play. Desire (also known as a “strong work ethic”) is the element in the equation which transforms knowledge and skill into material success. Knowledge and skill, without desire, will often bring nothing more than broken dreams. As independent label executive Troy Edwards from 3HP Records often says, “we must seek to work in excellence.” In other words, we must combine knowledge, skill and desire if we are to succeed in virtually any endeavor. After all, Isaac Newtons’ First Law (the Law of Intertia) states that an object at rest tends to stay at rest. But what does this all mean practically? Why am I quoting authors and physicist in an article about music distribution?

Fundamentally, there are certain elements which must be in place to lay the groundwork for success. Under the new indie paradigm, the common understanding seems to be that indie artists/labels must move from dependence (relying on others) to independence (self-sufficiency / self-support). But that is a short-sighted position and can be highly counter-productive. In reality, the independent artist/label must move from dependence to interdependence (a state of cooperation with others in pursuit of a common goal). Major labels have played an important role in the music industry for many years. Even though they’re often seen as the “evil overlord,” there are many aspects of the major label structure which can be implemented within the emerging indie model. We don’t need to throw the baby out with the bathwater. Many major label opponents on the far end of the spectrum advocate the downfall of any intermediary between the artist and the fan. On the other end of the spectrum, there are those who wish to maintain the antiquated structure of yesteryear at any cost. But I believe the best solution is to be found somewhere in the middle through which we can embrace the industry’s wild, new frontier while maintaining respect for some of the key proven realities of the old model. Most importantly, marketing is essential in creating success.

Given the fact that the two scarcest elements within the independent scene are knowledge and finances, it’s unreasonable to assume that the average indie musician or label has the capacity to achieve great things without entering into interdependent relationships with others who possess that which is lacking. Entrepreneurs are rushing to fill the void created by the faltering major label structure. Sites like Kickstarter and Slice of the Pie have been developed to provide a way for artists/labels to fund upcoming projects. And there are a host of great knowledge-based sites out there like Hypebot and Music Think Tank dedicated to providing solid information on key aspects of the emerging independent music industry. Finally, there are online independent communities like the CCM Indie site, We Are Indie Christian Community and Jesus Wired popping up all over the internet where independent artists/labels can come together to learn more about the industry, share ideas and support one another.

At CLG, our goal as an independent distributor is to educate and equip artists/labels so they may take the knowledge we provide and use it to further their music ministries. We exist to help those who are willing to help themselves by developing the level of work-ethic and character necessary for success in a very competitive industry. In my years of experience I’ve come across many artists who simply want to “show up and sing.” If that’s your mindset and you intend to pursue a career in music as an independent you might want to consider another career choice. The prize will ultimately go to those who have taken the time and effort to become properly motivated, skilled and educated. So it is in your best interest to form a good, solid team, work toward establishing a specific set of goals and then take bold and informed actions toward meeting those ends. Use proven industry service providers (radio promoters, publicity agents, etc.) if and when you can afford to do so. Book as many shows as possible even if you have to perform for free at first.

Finally, I will state that, as usual, the Christian industry lags behind the trends being set in the secular industry. As previously mentioned, half of the Grammy nominations this year were awarded to independents. Unfortunately, the same can’t be said for Dove Award nominations. The majors still have a bit of a choke hold on the Christian industry and scant few indies are being nominated. But you can’t stop progress. The trends will infiltrate the Christian industry more fully and independents will begin to receive the recognition they deserve. Ultimately, if you perform for an Audience of One, you’ll never fall short anyway. But keep this in mind: “and let us not be weary in well doing: for in due season we shall reap, if we faint not.” (Galatians 6:9)