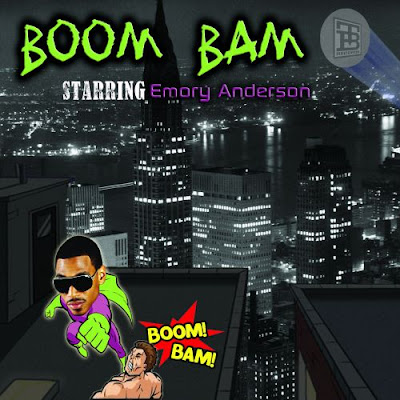 Take Back Records and CLG Distribution release the single “Boom Bam!!!” from up-and-coming Holy Hip-Hop artist Emory Anderson. The single is from the yet-to-be-titled album from Emory slated for 2012.

Initially a poet, Emory Anderson (also known now as “The Vessel of Vernacular”) has found a comfortable yet somewhat precarious reputation as neither a typical “Gospel artist” nor “Christian Rapper,” but what could be call an Inspirational Spoken Word artist, with all his gifts being strictly used for Kingdom building. Anderson has performed with, written for, produced for, ministered with, and has opened for various well known artist such as INO Records Christian band Building 429, EMI recording artist Kierra KiKi Sheard, Arrow Records & Cajo Records recording artist Canton Jones, BET’s Sunday Best and Zomba Gospel Recording artist Crystal Aikin, the “First Lady of Gospel Soul,” Lisa McClendon, KJ Scriven, Mali Music, Da T.R.U.T.H., Ambassador, and many others. Anderson’s style is so diverse, he can demand the attention of virtually any audience.

Be on the lookout for this up-and-coming Inspirational Poet. In the meantime, check out “Boom Bam!!!” on iTunes now!