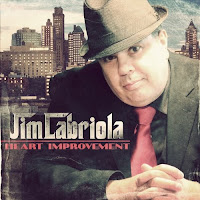 From: ChristianPost.com
By: Josephine Vivaldo

Giving your life to Christ after a Mexican lunch can only happen to Christian comedian Jim Labriola, known as the delivery man on the former hit show “Home Improvement.”

Labriola never expected to go into “Christian comedy.” To him, comedy – at least the kind popularly portrayed today – was about injecting a few curse words here and there with a mixture of sexual innuendos added to the punch line.

Labriola fit the generic profile of a comedian up until he married and found Christ.

The New York native, who came from a Roman Catholic family, was invited to a non-denominational church by his wife’s sister, a church he described to The Christian Post as “one where people raised their hands and [were] happy.”

His first impression was one of awe, he said. “I never heard a guy talk so much about Jesus almost as if he knew him personally.”

He continued going to church and got to know the pastor on a personal level. A few months later, he met with the pastor at a Mexican restaurant and “by the end of lunch I gave my life over to Jesus,” he recounted.

“It was surprising because I didn’t expect it,” he shared. “It felt like a high and it felt good but then my life got very hard because…