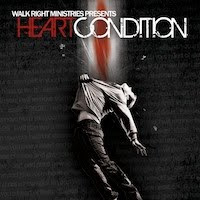 Operating in the Southeastern region of the United States, in the shadows of some of hip-hops most sought-after luminaries, (i.e. T.I., Ludacris, Young Jeezy, Gucci Mane, Cee-Lo, Outkast and several others) is an unlikely pair of MC’s, from an often overlooked locality. Hailing from Buford, South Carolina; Preston “Sir-Viva” Thompson and Chris “Result” Davis are not what one might expect when looking for the world’s next hip-hop super-group. That is, unless one were to look a little closer.

As experienced MC’s, (Sir-Viva has three solo projects under his belt and Result released his freshman project in 2009) Sir-Viva and Result both know their way around a studio, a stage, and the recesses of their own minds. They work seamlessly as a team and use their gifts to entertain and edify their audience with apparent effortlessness. When it is all said and done, Sir-Viva and Result seek to use every fiber of their being to please God and demonstrate the love He has shown to them to everyone who crosses their path.

Sir-Viva and Result’s recently released new single, “Keep Flying”, provides hip-hop fans of every stripe with a sampling of what they can expect from their forthcoming album. Chocked full of insanely egregious flows, complimented by equally infectious production, Sir-Viva and Result’s first collaborative effort, Heart Condition, is a definite candidate for the music industry’s “Problem” category. In addition to being sonically appealing, each track is laced with lyrical content that is sure to resonate with everyone from self-professed goons to five-point urban Calvinists.

Those who enjoy mindless, monotone, cookie-cutter “MC’ing” that leaves you the same as when you first encountered it; need not consider acquiring Heart Condition. However, for individuals who love the lyricism, energy and stimulation that only the highest echelons of hip-hop can provide, adopting Sir-Viva and Result’s Heart Condition as your new baby on February 8th, 2011 should be top priority.

Heart Condition can be purchased online at all digital retailers!