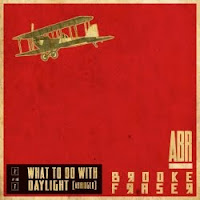 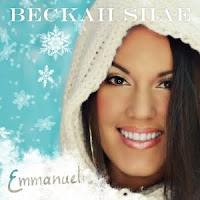 Brooke Fraser is a verifiable superstar in Australia, New Zealand and, more recently, the U.S. Originally released in Australia and New Zealand in 2004 (and the precursor to the 2008 U.S. release of her second blockbuster solo effort entitled “Albertine” which yielded a Top 5 hit at Christian Radio with the single “Shadowfeet”), “What To Do With Daylight” was the initial impetus for Brooke’s burgeoning career and eventual worldwide success. Music lovers in the States often identify her as a member of the modern worship outfit Hillsong United, as she has penned some of their most beloved hymns including “Hosanna,” “Lead Me To The Cross” and “Lord of Lords.”

In anticipation of a brand-new solo album tentatively slated for the Summer of 2010, “What To Do With Daylight” is being released in the U.S. to reinforce the successes Brooke has experienced over the course of the last couple years. To date, the album has only been available as an import and, more recently, digitally. With the public demand at a high level for all things Brooke Fraser, this is a great catalog item which will prove to be an evergreen seller over the course of time.

Beckah Shae’s destiny was mirrored in a simple act at an early age. The little girl, who was already often called a songbird, was recorded singing, “Jesus Loves Me” at the age of 2. Beckah’s mother was raised in a traditional Jewish home, and her conversion to Christianity was a crucial element in guiding Beckah to her own faith and witness through music. Following several confirmations, Beckah heard the call of God to move to Nashville in 2002. It was there God revealed a bigger vision for the songbird. Little did she know, God was working to provide a musical and life-long marriage partner to help take her music to the next level. Beckah was introduced to Shoc, a rising young producer who had previously worked with Christian artists such as tobyMac, Group 1 Crew, and Lil’ iRocc Williams.

With two previous independent albums under their belt (“Butterfly” & “Joy”), the artist/producer team of Beckah and Shoc have created quite a stir in the Christian arena and have garnered attention from some true Christian industry heavyweights. Beckah was featured on Jonny Lang’s latest work “Turn Around” and has been tracking vocals for tobyMac’s upcoming release slated for February, 2010. Their latest effort, “Emmanuel”, is being released just in time for the Christmas season. Choc-full of classic Christmas songs celebrating “the reason for the season”, Beckah’s voice shines through brilliantly, and the production is clear, crisp and contemporary while still capturing the true essence of traditional Christ-centered holiday favorites. Many of the tracks are low-key, but Beckah finds plenty of opportunity to show her fun side on tunes like “Christmas Love” and “Most Beautiful Time of the Year”. In a musical landscape where many Christmas albums have only a few choice morsels to choose from, Beckah Shae provides a truly enjoyable Christmas album from start to finish.